Once upon a time

Home > Once upon a time

Once upon a time

Home > Once upon a time

Once upon a time in America...The legendary Benjamin Moore brand.

Benjamin Moore was born in Ireland in 1855 (died 1917). His father, also Benjamin Moore, served in the British Army, and when retired he came back to Ireland and become a farmer.
In 1872, at the age of 17, young Benjamin emigrated to New York, settled in Brooklyn, where he quickly found a job as a paint salesman.
This is how the story of one of the greatest innovators began, who together with his brother created the Benjamin Moore & Co.

The very beginning in Brooklyn

They had only a mere $2,000 to invest. Within a year, the enterprise had made a profit. But the road of young business does not always run smoothly. In the spring 1884, just as Benjamin Moore was getting well started, the building in which the firm was located collapsed and immediately took fire.

Yet the brothers were back in business three days later in a new location (Walter and Adams Street), displaying a tenacity that would serve their company well throughout its long life. Benjamin and Robert established a New York corporation in 1889; soon after, they incorporated in New Jersey, the company’s current home.

The modest offer of the company, initially consisting of one product called "Moore's® Prepared Calsom Finish", was systematically expanded. New, innovative paints Muresco® or Sani-Flat® Paint gained the reputation of sales hits at the turn of the nineteenth and twentieth centuries, providing the company with a strong position on the American market.

What the logo conveys? What is its history?

Just as it once was difficult to identify the "official" Benjamin Moore & Co. logotype, it's somewhat challenging to unearth the official history of the perennial triangle. However records from the Benjamin Moore & Co. Archives indicate that it was 1917 by the company's advertising agency, which enthusiastically seized upon the idea of applying the company's three "Is", Intelligence, Industry, and Integrity, to the new design.
Livingstone („L.P.”) Moore, who had assumed the role of president in 1925 after Benjamin Moore's death, approved the idea in principle and suggested that the trademark take form of three pyramids. The three sides of pyramid were to represent the three founding qualities of the company, while the arrangement of the three pyramids also spelled out the first initial of the company name, M.

Soon after the adoption of the new mark, however, L.P. Moore became frustrated by employees referral to the three pyramids on their newly pressed service pins as "the three triangles". In his view, the three sides of the pyramid were an important aspect of understanding the company's three principles. However as employees today can attest, the triangle moniker stuck while the idea of pyramids seems to have become lost in the translation. But the staying power of this strong graphic element is undeniable - even with is updated look, it's still dear to the hearts of Benjamin Moore & Co.'s employees and retailers and is a key element of the new logo. 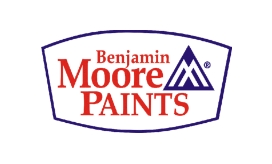 Logotype presented above comes from the 1960s. The traingle/M device and brand name were encapsulated in a shield-like shape. 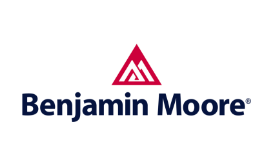 In 2002, a new version of the Benjamin Moore logotype was developed, which is basically used now with some modification - the original trade mark had the word "Paints" under the word Benjamin Moore.

With our acquisition in 2000 by Berkshire Hathaway, Benjamin Moore joined a family of companies under the direction of Warren Buffett, which embodies success and is distinguished by sustainable brands that shine through the clutter of competition.
Today, Benjamin Moore & Co. is a high-performing, innovative manufacturer and retailer of Premium quality coatings and provider of related goods and services for decoration and preservation. We continue as a leader in the architectural coatings industry with products that set new standards of excellence. We manufacture at 6 plants located in USA and Canada, and sell the finest paints, stains, and finishes through a network of more than 5 500 independent retailers in America.

Leader in the PREMIUM paint segment 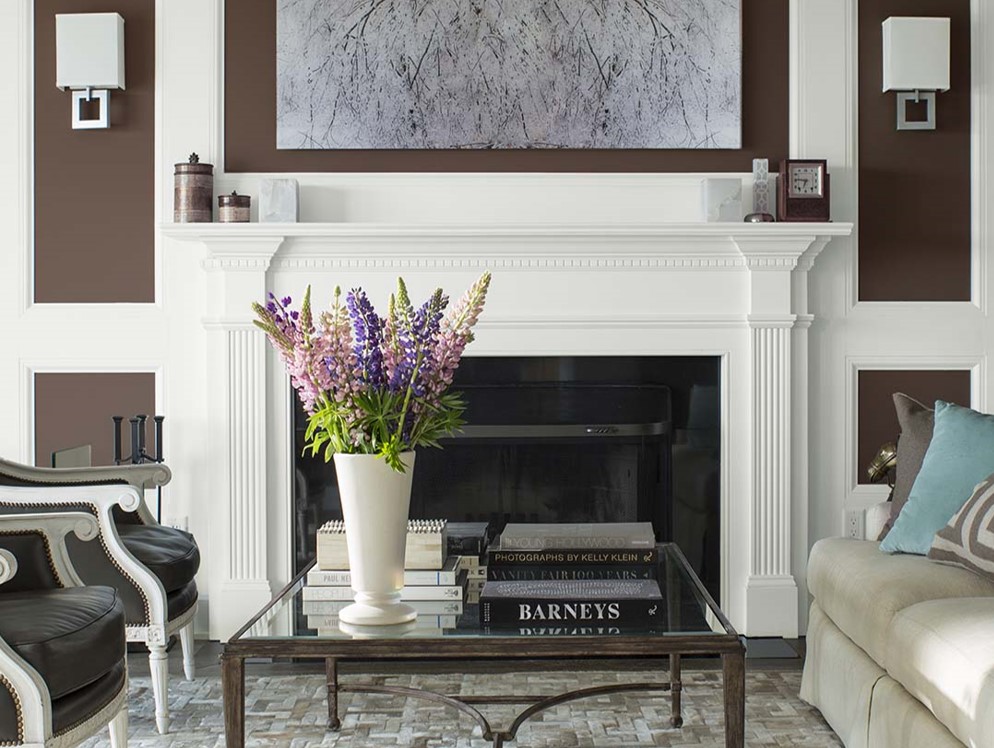 Benjamin Moore & Co. is a leader in the production of luxury paints that set new standards and remain synonymous of elegance, prestige and the highest, even legendary quality.
In Poland, since 1999, the official partner of Benjamin Moore &. Co and the exclusive representative of Benjamin Moore brand is B.M. Polska Sp. z o. o. with headquarter located in Warsaw.
Make Yourself at Home with Color